What is Haṭha yoga?

Haṭha yoga is the root tradition from which many modern styles of yoga originate. It is a path of physical transformation & spiritual emancipation in which the body is utilised as a tool towards liberation.

Haṭha yoga originally developed in the 9th -10th century and was a synthesis of Tantra and Asceticism. Early haṭha consolidated a vast spectrum of techniques, broadly focused upon the containment of vital energy and the awakening of potent spiritual energy - kuṇḍalinī śakti.

Today, haṭha yoga enjoys widespread popularity across the globe and a variety of styles and interpretations have emerged. Many of the earlier, more esoteric elements of the practice have been discarded in favour of an approach based upon wholeness, health and well being. The āsana - postures from the haṭha tradition have become an iconic symbol of yoga. 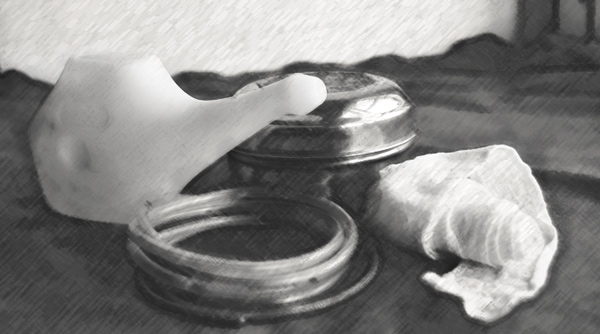 Haṭha yoga takes as its starting point a weak, and impure body that must be ‘baked in the fire of yoga’ and cleansed in preparation for the more advanced practices of prāṇāyāma and meditation. As well as strengthening the body with postures (āsana) we must also make the body pure with kriyās. Haṭha yoga texts such as the Hatha Yoga Pradīpikā describe six different types of kriyā under the umbrella term śatkarma (pronounced 'shat-karma') - six actions. These six actions are expanded upon in far greater detail in later texts such as the Gheraṇḍa Saṃhitā, in which numerous kriyā practices are described. Many of the practices in Dr Pillai's kriyā method are found in the Gheraṇḍa Saṃhitā.

Śatkarma - the six actions - click on each item to expand:

There are a number of varieties of kapālabhāti, but the most common is to breath rapidly through both the nostrils with emphasis on the exhalation - the chest remains relaxed and the breath is pumped from the upper abdomen. Kapālabhāti can be performed through one nostril at a time or through alternate nostrils (vāma-krama.)

Traditionally, neti was performed by inserting a lubricated (usually with ghee) thread, or thin reed/stem into a nostril and passing it through to the mouth and then gently moving backwards and forwards. This is called sūtra-neti and modern practitioners sometimes use a rubber tube. Another form of neti that in recent years has gained widespread popularity is jāla-neti - water neti. In jāla-neti saline lukewarm water is channelled through the nostrils using a special pot. The practitioner tilts the head to one side and allows the water to trickle through one nostril and then by tilting the head at the right angle it is possible for the water to exit through the other nostril. Neti can also be practised by adding a small quantity of honey to the water instead of salt.

Dhauti means ‘cleansing’ and refers to the cleansing and stimulation of certain internal organs, usually the the stomach and digestive organs. There are twelve varieties of dhauti in total which are divided into four principal categories: antar-dhauti - internal cleansing; danta-dhauti - dental cleansing; hṛd-dhauti - heart cleansing and mūla- śodhana - root cleansing.

Nauli is also sometimes called lauli or laulikī and means ‘to-and-fro- movement.’ The breath is held out while the practitioner leans forward and then moves the rectus abdominus from side to side. Initially from left-to-right several times and then from right-to-left several times. This practice can be practised in conjunction with the abdominal lock uḍḍīyāna bandha and also agnisāra kriyā.

Vasti - literally means 'bladder' and the name appears to originate from the time when the bladder of an animal would have been used to administer an enema. There are two types of basic: jāla-vasti - water and sthala-vasti - dry/air. In the jāla vasti the practitioner partially submerges themselves in a shallow river or tank: then using bandha & pelvic/abdominal contractions water is drawn up into the colon. The stomach is then moved from side to side using nauli so that an internal message and cleanse is performed. The water is then released. In the sthala vasti, the practitioner inverts the body before repeatedly contracting and releasing the anus (aśvinī mudra.)

Trāṭaka is the practice of keeping the eye gaze fixed on a certain point, without blinking for as long as possible, until the tear glands start to secrete tears. There are many different points upon which to focus such as a candle, a lamp, (jyoti trāṭaka) or a small dot/bindi stuck to the wall.

Note: it is recommended that the techniques described above be undertaken under the guidance of a skilled teacher who has experience of working with this system. If you have a pre-existing medical condition, please consult with a medical professional before undertaking yogic exercises. The exercises on this website are in no way recommended as a substitute for medical treatment. Yoga Kriyas do no accept liability for any injuries sustained whilst participating in these exercises.
© Yoga Kriyās 2021 • Privacy Policy • Author: James Dylan Russell • Web Design : Green Shed Media